Showing a flair for the dramatic, Attorney General David Eby borrowed from Game of Thrones to drive home his point while delivering Thursday’s report on money laundering in the B.C. real estate market.

“It may be spring but winter is finally coming,” he said. “The party is over.”

The “party” is the estimated $5.3 billion of dirty money criminals washed through the B.C. housing market in 2018, according to the report.

Eby said even without access to law enforcement and criminal databases, investigator Peter German and his team had no problem uncovering more than a few eye-popping examples of how proceeds of crime have infiltrated all aspects of the B.C. real estate sector: 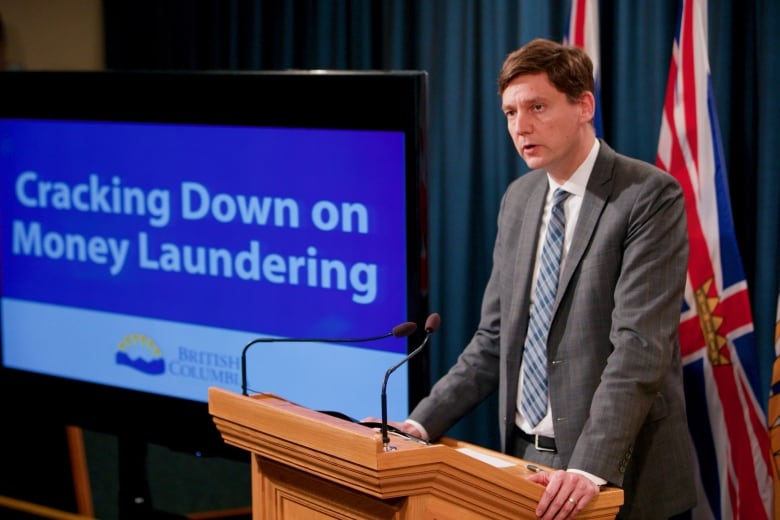 B.C. Attorney General David Eby tells assembled media “the party is over” for criminals who launder money through real estate in the province. (Mike McArthur/CBC)

Eby called the findings, “stark evidence of the consequences of an absence of oversight … until now.”

“Criminal profiteers distorting a provincial economy is not inevitable,” he said. “And while it may be our present, it is not our future anymore.”