Steve Koch has a trick for figuring out if his house, just north of Williams Lake B.C., is still standing, since he left two weeks ago due to wildfire risk.

He borrows a phone from a friend at the emergency centre in Kamloops where he has been staying for the past week and dials his land line.

“After four rings, the answering machine answers and that way I know that I have a) power and b) it’s still there,” he described on Sunday.

Koch is one of thousands of residents from around Williams Lake B.C. who have spent at least a week from their homes after being forced out by wildfires.

Many are staying in and around Kamloops, where an emergency station at the Sandman Centre at one point was sleeping up to 700 people. 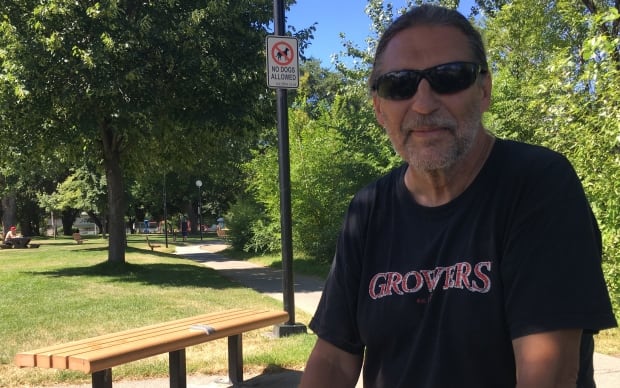 Williams Lake resident Dan Fisher spends most of his time as a wildfire evacuee in Kamloops sitting in a park. ‘I want to go home, that’s putting it plain,’ he says. (Chad Pawson/CBC)

The centre and the city continues to support evacuees with free meals, clothes, medical help and even entry into attractions to keep busy.

People like Bridget Dan, from Alkali Lake B.C. says all the help is making being away from home easier to accept.

“We’ve been ever so grateful,” she said. “They have things for people to do. They’ve just been extremely welcoming, I just feel at home.” 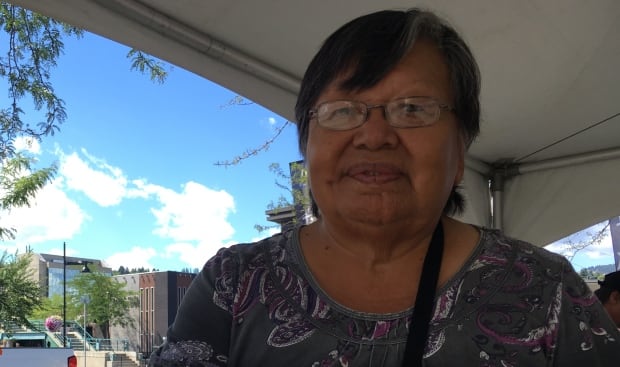 Bridget Dan from Alkali Lake B.C. has 10 family members in Kamloops all of them wildfire evacuees. (Chad Pawson/CBC)

Still, as comfortable as most evacuees say they feel in Kamloops, they all say the same thing.

‘We just want to go home’

“I know that my house is still standing up Fox Mountain [just outside Williams Lake],” said Jeannette Fischer. “That calms my nerves. But now we just want to go home.” 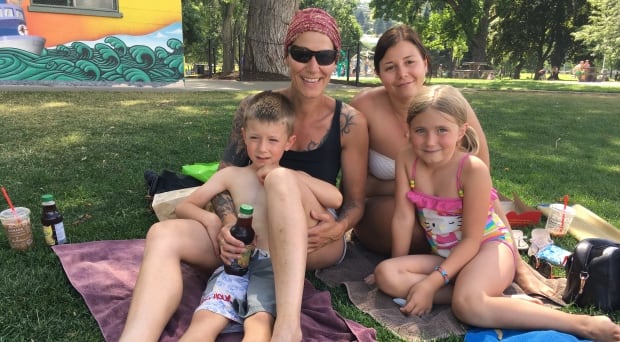 Jeannette Fischer, left, with her two children and nanny say they are trying to treat being forced from their home outside Williams Lake B.C. as a holiday. (Chad Pawson/CBC)

Fischer says she’s lucky in that she was able to take her two children, her nanny, two horses, three dogs and cat to a rural property outside Kamloops to stay.

They swim in the pool there, but also come into town to spend time along the river and also see some of the city’s attractions.

“We are very fortunate. The kids are very happy. They see it as a vacation … we try to make the best of it.”

Earlier in the weekend it seemed as if these residents could get word as early as next week that they could go home.

On Sunday however, Williams Lake Mayor Walt Cobb said that was less likely since winds had picked up and could again blow smoke and flames towards the town.

“Be patient,” he said to his residents on Sunday. “I was pretty optimistic, but at this stage it’s not looking great.” 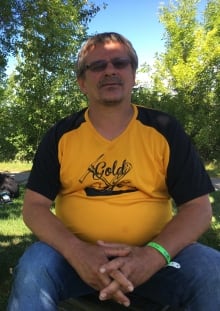 The auto mechanic from Williams Lake said he had a lot of stress when he first arrived in Kamloops, because he had lost track of his ill mother.

Now she is being cared for in hospital in Kamloops — he goes to see her daily.

“I’ve calmed down and everything’s OK,” he said of his time so far in Kamloops.

He doesn’t want officials to rush people back to home, until they’re absolutely sure, conditions are safe.

“I can’t see any reason why they would send us home until they were darn sure…because the whole [town] wouldn’t want to go through this again.”