On Sept. 30, 1967, the Great Canadian Oil Sands facility opened north of Fort McMurray, Alta., with much fanfare, bunting and speeches by politicians.

It was the first large-scale commercial operation of the oilsands, and the result of a gamble taken by Philadelphia’s Sun Oil and its chief executive, J. Howard Pew, and by 100,000 Alberta households who invested $1,500 each to buy a bond to fund construction of the facility.

Alberta’s premier at the time, Ernest Manning, stood on a podium and declared, “This is a historic day for the province of Alberta, and it is fitting that we are here today to dedicate this plant not merely to the production of oil, but to the continual progress and enrichment of mankind.”

While this is typical political hyperbole, Manning nailed at least the first part of his statement — it’s hard to think anything else that has so affected the economic direction of Alberta in the past half century. But it’s doubtful that any of the dignitaries or oil workers that day could have predicted the rocky road ahead.

See Alberta’s oil sands as they appeared in 1967, when they first opened for large-scale commercial operation1:21

Not just the economics, which have always been touch and go, but the shifting place that the oilsands hold in the Canadian consciousness, from being considered crucial in the era of the OPEC oil embargo to the current discomfort many Canadians feel about the resource in the era of climate change.

Decades of research went into how best to separate bitumen from sand, research that continues today.

The Great Canadian Oil Sands operation itself was the story of Alberta wanting to demonstrate the economic viability of the oilsands and Pew’s Philadelphia’s Sun Oil being willing to take a flyer in 1960s, according to Paul Chasko, an oilsands historian at the University of Calgary.

Pew’s gamble appeared unwise in the first few years of development. CBC News archives contain stories of Sun Oil taking hits on its oilsands projects through much of the 1970s. The project lost money for many years, and according to the biography of former executive Rick George, the Canadian oilsands were considered “Pew’s folly” even into the 1990s. 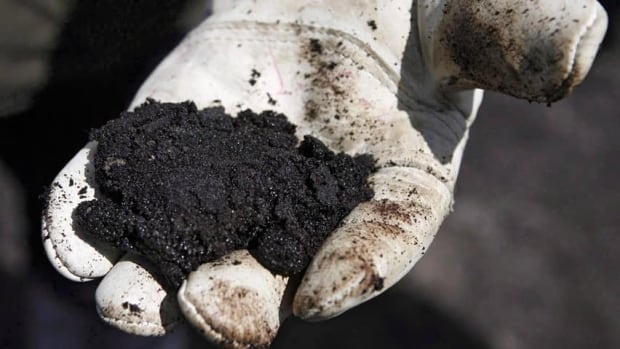 Great Canadian Oil Sands was not the only player in Fort McMurray in the 1960s. The Syncrude consortium, which began as a research project, was also applying for permits in the late ’60s and nearly fell off a cliff as its costs doubled during the construction phase to more than $2 billion. One of the backing companies, Atlantic Richfield, pulled out because it wanted to develop its oil discovery in Alaska’s Prudhoe Bay.

This all probably sounds familiar to anyone who has watched the oilsands over the past decade, as escalating costs and foreign oil companies with priorities outside of Alberta are a constant theme.

This may seem surprising now, but in the early ’70s, oil seemed scarce and Ontario bought its energy from offshore sources, where prices were spiking because of moves by OPEC. For his part, Trudeau wanted lots of fossil fuel development in Canada. The conflict between Alberta and Ottawa at that time was over pricing and ownership of the resource.

“The tremendous concern at the time was that oil was the scarce resource,” said John English, historian and former Ontario MP.

“We needed it, there was no concerns at that time about climate change; if there was any fear, it was nuclear winter. The result was that this was a bet on the future by a province that needed cheaper energy.” 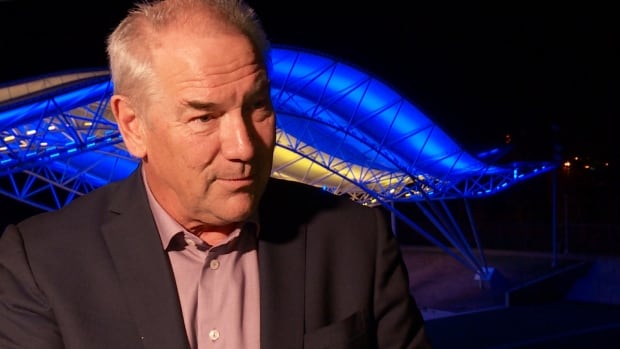 Steve Williams, Suncor’s president and CEO, says he expects the oilsands to still be producing in the next century or more. (David Thurton/ CBC)

The question now is around the future of the resource. Despite prognostications of doom, there are many factors that keep the oilsands in the game. Hundreds of billions of dollars have already been spent to bring online what’s expected to be nearly three million barrels a day of production in 2018.

As well, oilsands production, once started, remains relatively stable for decades. It would take an even sharper drop in oil prices than we have seen in recent years for producers to shut in their production.

“I do think that many of these assets have been built for 20- or a 40-year life, and I think they will produce to the end of their useful lives, said Jackie Forrest, director of research at the Arc Energy Research Institute. “The oilsands represents about three per cent of global supply. It’s a major component of the oil market today and will continue to be so for a long time.”

Steve Williams, the chief executive of Suncor, has said that his company will stay in the oilsands for 100 or 200 years, solving carbon technological problems as it goes.

“We will earn the right to be here for the next 100 or 200 years. We have an absolutely world-class resource that’s been given to us Canadians,” said Williams at an anniversary event in Fort McMurray.

That’s the supply side of the equation. There are significant questions about the demand side and when we will hit peak oil demand. And that’s tricky to forecast.

“It feels like in Alberta, we’re in a bit of a bubble, in terms of international news,” said Simon Dyer, regional director of the Pembina Institute. You have countries like France and the U.K. announcing that they’ll be banning the combustion engine by 2040. You’ve got China and California musing about doing the same thing.

“The idea that the oilsands are going to continue for another 100, 200 years, I wouldn’t invest in that.”

CTV Northern Ontario: Getting their Game on