Doctors and university students in Calgary are leading a new campaign seeking stiffer regulations for e-cigarettes, in hopes of cutting down on teen vaping and nicotine addiction.

“We hope that teachers and that parents understand that this is an epidemic,” said Sakshi Kaur, a member of SAAVE — Stop Addicting Adolescents to Vaping and E-cigarettes. 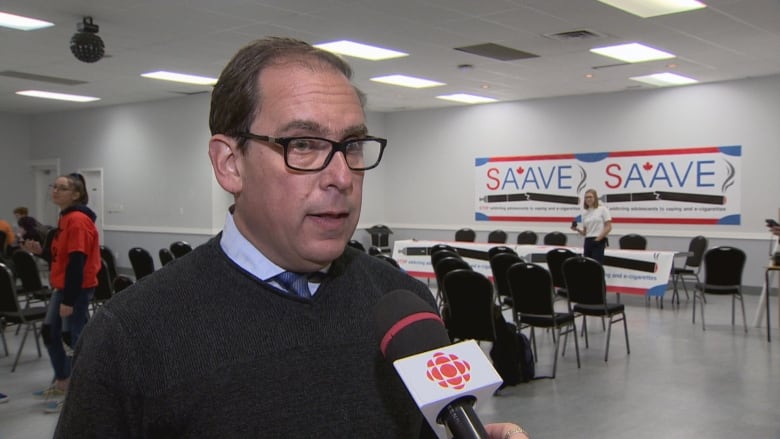 Down the road, all this vaping could spell health troubles — some of the products have high amounts of nicotine.

“This means we might be seeing a really high increase in nicotine addictions,” said Kaur.

The group is calling for things like plain packaging, bans on e-cigarette flavours and only allowing sales in pharmacies.

Health Canada says it is worried about youth vaping.

And officials are taking steps such as setting limits on advertising to youth.

But the Calgary group says that doesn’t go far enough.

“We’re creating a generation of nicotine addicts, and it’s happening before our eyes,” said Dr. Eddy Lang, head of emergency medicine in Calgary.

“I’m on the front line of emergency care and we see every day the ravages that nicotine has on the health of the population.”

Lang calls it a public health emergency, pointing out that if more people stop smoking “we could improve the health of the population significantly.”