The weather service issued warnings for several regions of the province Thursday.

It estimates between 15 and 25 centimetres of snow could fall on the Cariboo and Peace River regions and along areas of the B.C.-Alberta border.

Prince George, Williams Lake and Quesnel may see significant snowfall as could key routes including the Yellowhead Highway and Highway 97.

The system is also forecast to bring strong winds, which, along with the snow, could reduce visibility.

The weather system is expected to hit B.C. beginning Friday morning, intensify through the night and blow into Alberta Saturday. 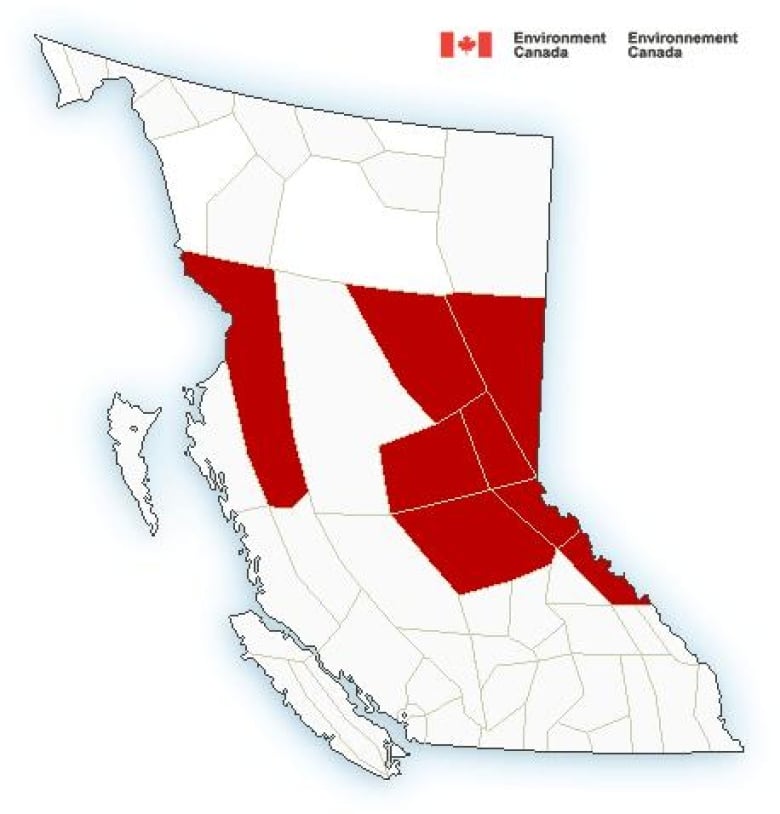 Areas of the map in red are under snowfall warnings Thursday evening. (weather.gc.ca)