A Grande Prairie woman on a quest to return a collection of stolen war medals has found their rightful owner.

Six medals, six pins, two badges and a set of dog tags were discovered in Jacey Dickson’s mother-in-law’s vehicle after it was stolen —  and then found in Grande Prairie on Thursday.

There wasn’t a clear indicator as to who the collection belonged to, but Dickson was desperate to find out. So she took to Facebook, hoping people would share her post and help find the owner of the medals.

“If it had been mine, I know for a fact that I would not have been able to sleep until I would have found them,” Dickson said, noting her grandfather served in the Second World War.

“If somebody would do this for me, it would mean the absolute world, especially for somebody that has lost a family member that was in the war. To have this one piece of them left, it would hurt to know that it’s gone.”

Dickson’s post was shared by more than a thousand people.

She got a message from a man named Shaun Taylor on Sunday night, who said he believed the medals were his.

The Grande Prairie man said he saw Dickson’s Facebook post and thought the memorabilia looked surprisingly familiar. He had similar-looking medals that once belonged to his late father and grandfather of Nova Scotia, who served in the navy and army, respectively.

“I’m looking at the medals and I’m like ‘Geez, they look like they could be my dad’s,'” Taylor said.

Turns out, they were. 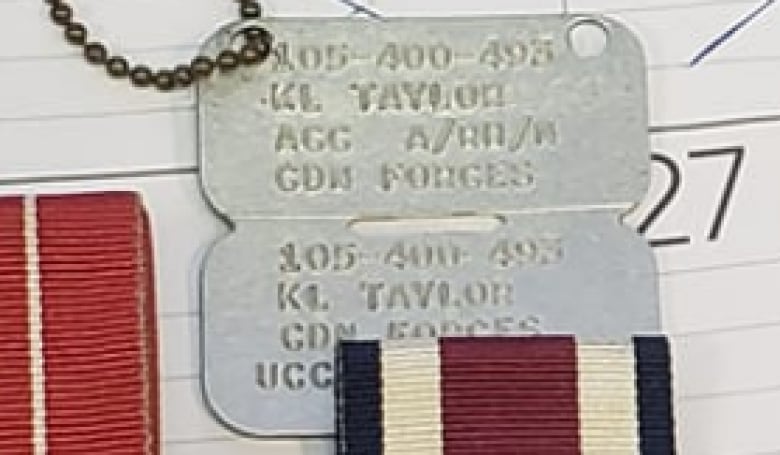 The medals were stolen last week, Taylor said, but he hadn’t realized it. He had left his truck unlocked overnight, leading to the theft of his sunglasses, phone charger and some change on the console.

Taylor thought the medals were in his apartment, but they had actually been tucked beneath the backseat of the truck.

He didn’t realize they were missing until he saw the photo Dickson shared online, which featured a dog tag engraved with “KL Taylor” — his father’s initials.

“So I went to my closet, tried to find them, couldn’t find them,” he said. “Went back out to the truck, sure enough they’re gone. And that’s when I contacted Jacey.”

Grande Prairie RCMP did not respond to a request for comment, but Dickson said power tools, clothing, backpacks, drugs and drug accessories were also found in her mother-in-law’s stolen car and that police arrested a man for the theft.

After asking a few questions to confirm the medals belonged to Taylor, Dickson said she cried happy tears when she realized she had found the owner. 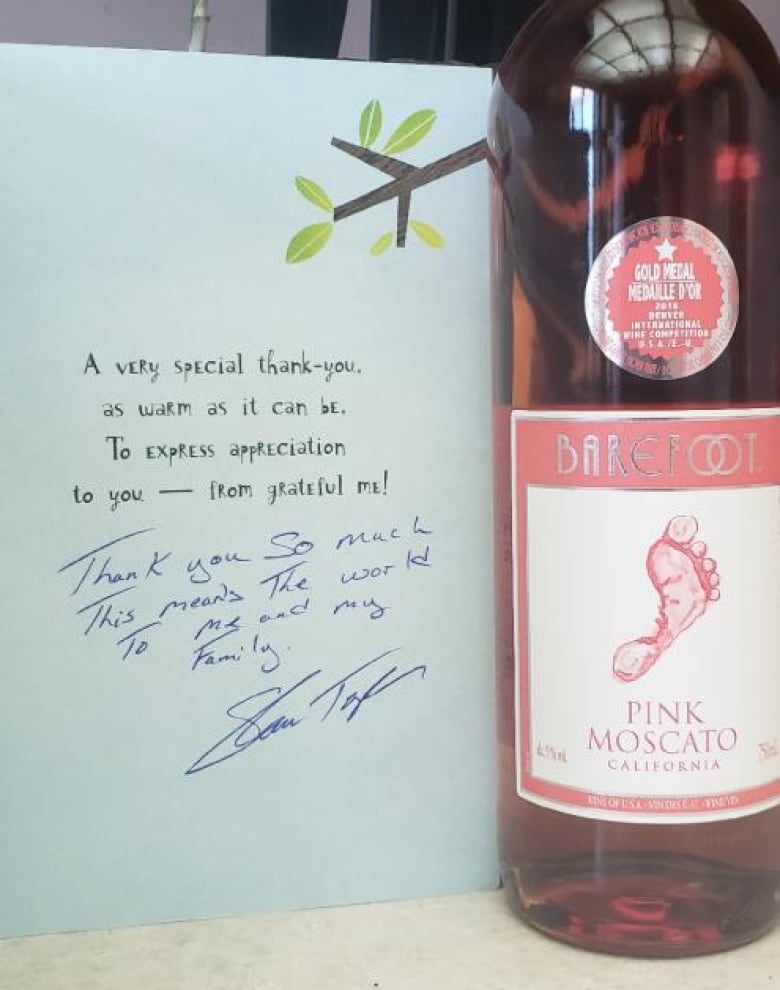 She returned the medals to Taylor on Monday afternoon.

“You could just see the happiness in his face,” she said.

“He brought me two bottles of wine and a card and it honestly touched my heart more than anything.”

Taylor was relieved to get the collection back, as it’s a cherished keepsake that reminds him of his father.

“It matters to me because it’s a part of his history that I get to keep and remember him by,” said Taylor, who served in the reserves.

“The world needs more people like her,” Taylor said. “She deserves a medal for everything she’s done.”