An resident of Penticton, B.C., has surrendered 30 “suffering” cats and kittens to the SPCA — bringing the total number of animals they’ve given up over the past three years to nearly 200.

The person, who hasn’t been identified, had their latest run-in with the B.C. SPCA on Wednesday.

A statement said the 30 felines given up that day were “suffering from upper respiratory infections and other medical issues” and will need extensive veterinary care.

Spokesperson Lorie Chortyk said many of the cats are fearful of people.

“Most of the cats are six months or younger, so we’re hoping that they will respond well to the veterinary treatment and rehabilitation,” Chortyk wrote in a statement. 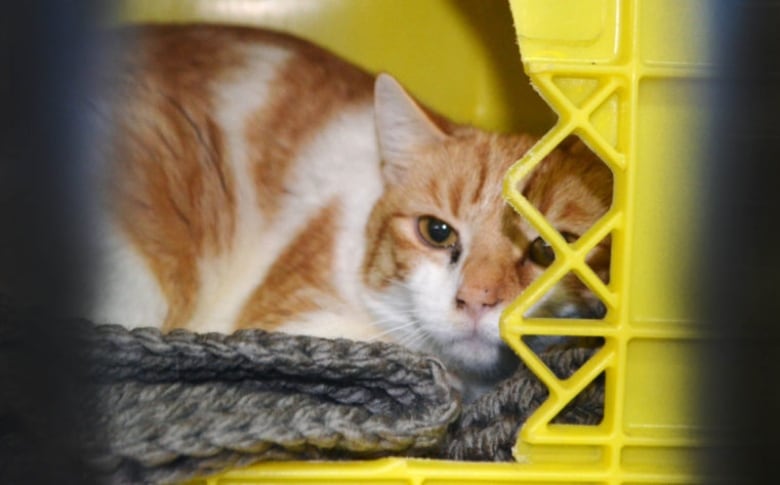 The B.C. SPCA said most of the animals seized Wednesday are frightened of people and will need extensive rehabilitation if they’re to be put up for adoption. (B.C. SPCA)

The South Okanagan-Similkameen branch of the SPCA is caring for 18 of the surrendered animals. Twelve have been transferred to the Kelowna branch.

“It’s extremely challenging dealing with hoarders because unless they get the help they need, the same issues arise again and again, and the animals suffer as a result,” said Chortyk.

Chortyk said the SPCA doesn’t have the authority to order the person to stop owning cats and that such a restriction would need to come from a court judge.

Rehabilitated cats would be put up for adoption, she added.