CBC Calgary presents Venturing Out with Arlene Dickinson. It’s a seven-part series of candid conversations between Dickinson and some of Canada’s top entrepreneurs. They cover the highs, the lows and everything in between when it comes to starting and running a business in Canada.

In our final episode, Arlene and Kirstine Stewart, chief strategy officer at Diply Canada, discuss how entrepreneurship doesn’t happen in a vacuum, and that to be successful you need to be able to develop partnerships with people and businesses. They also chat about the importance of preparing for that first  meeting and what a “good pitch” looks like.

This interview has been edited for length and clarity.

Q: Every entrepreneur’s dream is to build a business, and export it, and grow it, be able to go into foreign markets. Where is the point when Canadian entrepreneurs should be thinking beyond their own borders? When does that happen? And when would you want to see them taking a look at the world pool and jumping in?

A: Well, I would hope more would do it more frequently, and when it is in your business’s best interest to look outside of your borders is probably best known by your own sense of how you are and what you’ve built. The fact that we don’t do it enough is a problem. I think we see in Canada, we seem like the repository of innovation as opposed to the generator of it in lots of ways. That might be a little controversial because we like to think of ourselves as very innovative, but when you think of someone with a larger businesses holding the forefront of technology, we tend to be a little branch plant oriented. We tend to be the offices where the head offices are in other locations.

So for a Canadian business to start thinking internationally and beyond our own borders is really important. We need to be the place, not just where other people come and set up business. We need to export that knowledge and that business and start our own version of world domination. And when you do that, and it’s right for you it’s probably … it’s pretty important to time that correctly because you don’t want to expand before you’re ready. But it’s necessary. The business within our borders is only so large, and if you want to really build yourself to a formidable state, you need to look outside the borders. 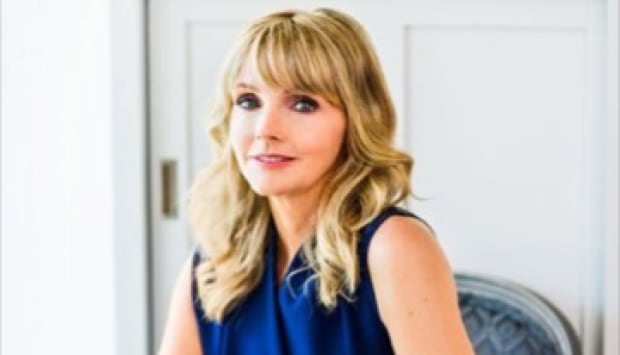 A: I think coming with the idea, understanding where I’m coming from, understanding where my business needs to go and how you’re going to help in that, in terms of partnership. It is incredibly important. There isn’t enough work done on the front end, or the back end, I should say, before you get into that meeting. I think people hear the name tech company, or media company — wherever I’ve been in the past — and just kind of presume a certain situation when they haven’t actually learned it well enough to understand how the partnership would benefit me as well as them. So I think preparation, surprisingly, is not done enough.

I think entrepreneurs, when they come to approach a business, need to understand it from that business point of view, so that we can then get excited about the opportunities where they can take us further. As big as businesses are, we can never come up with all of the ideas ourselves. So there’s something exciting about sitting across from an entrepreneur who’s bringing you a great new idea. But it has to fit into where we think our future plans are, even if we don’t know it yet, even if what you are presenting to me is something that I’ve never heard of, but you know my business well enough that you are convinced it’s going to take me to that next level. That’s what I want to hear. 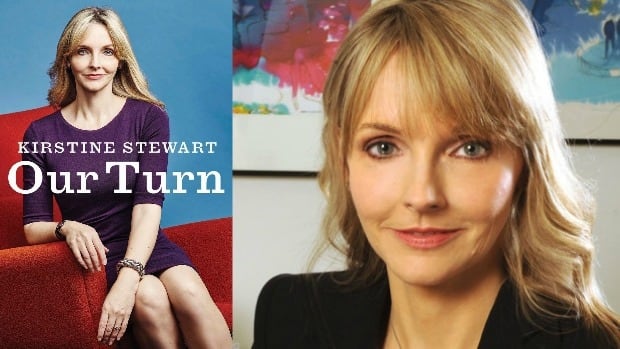 In her book Our Turn, Kirstine Stewart says women often take over leadership roles during times of crisis and reorganization — a phenomenon known as the ‘glass cliff.’ (Random House Canada/CBC)

Q: OK, then let me ask you a really direct question then. Do you ever sit across from entrepreneurs and think to yourself … what the heck are they talking about? What language are these people even speaking? They don’t understand my business, they don’t have a clue about what we’re doing. Don’t you ever think it’s a complete disconnect, between what an entrepreneur is saying versus what a corporation might want to hear?

A: If they haven’t done the work ahead of time, if they haven’t really figured out what I need, then for sure that conversation is just a waste of time on both sides of the table. But there can sometimes be a responsibility on the part of business to try and figure out where that connection is. And you would hate to let a good idea leave the table just because they’re presenting it in a way that doesn’t fit what your current state is. You can also be forthcoming about where you think your next steps are and then find a common ground. I think it’s a conversation that happens from both sides, and as much as an entrepreneur should understand where that business is, the business knows where its going so it needs to reveal a bit of that, too, for the conversation really to work.

Q: So you’re basically saying, know who you are speaking to, go in there armed and ready with the idea of what they might require. Win/win, right? 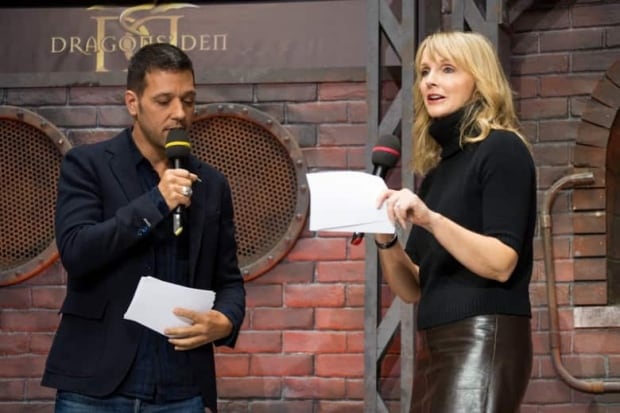 Q: And figure out how you’re going to show and demonstrate to them how they can take the risk with you. Because I think most corporations are very risk adverse, and research and development is something that has gone by the wayside in most organizations. So entrepreneurs struggle with that because they want to get moving and they want people to hear them. And they want to feel like risk is not a bad word but that a calculated risk is a good thing. What you’re saying is look for the win/win, talk about how everybody can get there together, and maybe slow down a little bit because…

A: I think you have to slow down to listen, right? It’s not a matter of slowing down your process, or what you’re thinking about, but it is a matter of taking a step to have proper communication. And if that takes slowing down, then you’re doing it just for the purpose of getting clarity. But then out of that clarity so much interesting things can evolve. That can be the start of a great conversation that maybe, as an entrepreneur, you didn’t even think you were going to have at the table. If you listen, if you presume something before stepping in and then believe what you’ve got is the next best thing, then that’s great. That’s a passion that companies love to hear about. If you understand how that fits into my business, all the better. And if you bring me something that I haven’t thought of before, then I’m really interested.

This is the final instalment of Venturing Out with Arlene Dickinson, a seven-part series exploring the entrepreneurial experience in Canada. Thanks for listening!

Subscribe at Apple Podcasts or on your favourite podcast app, or listen on the free CBC Radio app for iOS and Android, or at cbc.ca/VenturingOut.