Hundreds of people are rallying behind a Bentley, Alta. woman after she sustained serious injuries when she was kicked in the face by a horse.

Several bones in horse trainer Deserie Rieu’s face were broken on Dec. 28 when she took a hoof to the right side of her face.

The 35-year-old’s mother, Judy Rieu, said her daughter doesn’t remember what happened. She said Deserie was working in the barn with a friend, who heard two horses squeal, then found Deserie​ face-down on the ground.

“She was laying there, and blood and teeth and everything everywhere,” Judy said, noting it seems like Deserie didn’t see the kick coming.

“It was I think just a freak accident. Most of the horse trainers told us, like ‘It can happen to any one of us.'” 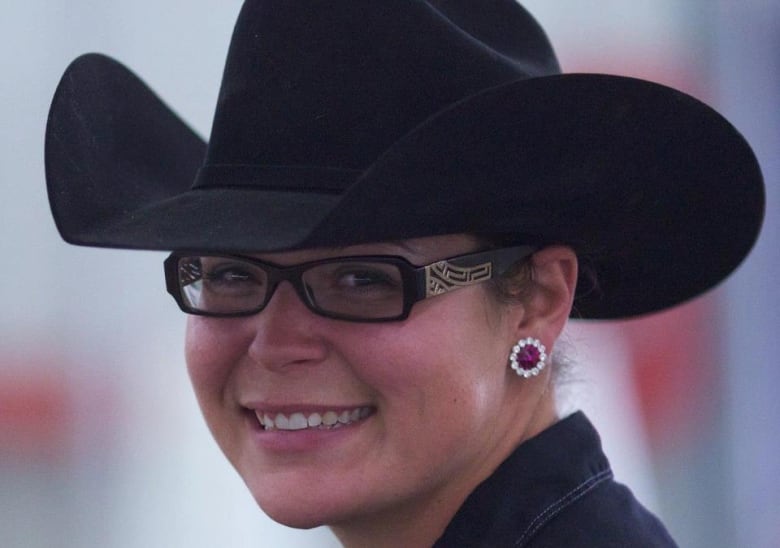 Deserie Rieu had surgery on Wednesday to deal with the fractures in her face. (Deserie Rieu/Facebook)

Deserie’s cheekbone, palate and jaw were fractured, and she lost several teeth. She also had a brain bleed and was intubated until Tuesday because her airway was swollen.

Family friend Susan Lehmann started a GoFundMe campaign for Deserie, which has raised more than $25,000 from more than 200 people.

“The first thing I thought of was ‘Oh my God, like how’s she going to pay bills and continue to live … when she starts to heal?” said Lehmann, who noted there’s also a benefit auction online.

“All the money will go to Des and help her get through the year … Because [horse training] that’s her business.”

She treats every horse in her barn as if it’s her own.– Susan Lehmann, friend

Lehmann takes her show horse to the training barn Deserie rents in Bentley, about 150 kilometres southwest of Edmonton.

“Doesn’t matter if she’s never met this horse before, she treats every horse in her barn as if it’s her own,” Lehmann said.

“It doesn’t matter who you are, you feel like you’ve been with her forever.”

Deserie underwent surgery Wednesday evening to repair the fractures in her face. It will be at least four months until she can go back to work, Judy said.

‘Many of us waited with bated breath’

Robyn Duplisea has known Deserie​ since 2005, when she was working as an assistant horse trainer.

In an email to CBC, she noted Rieu won’t be able to work until she heals, and will have to continue covering the costs of running a barn.

“Horses must be fed, watered and stalls cleaned and while the trainer [is] injured there is a substantial cost,” said Duplisea, the owner of Show Horse Today magazine and PleasureHorse.com.

“The scary thing for many of us in the industry, is that this type of accident can happen to any of us. Deserie was injured in a way that reminded all of us, how fragile life can be when dealing with 1200 pound animals.” 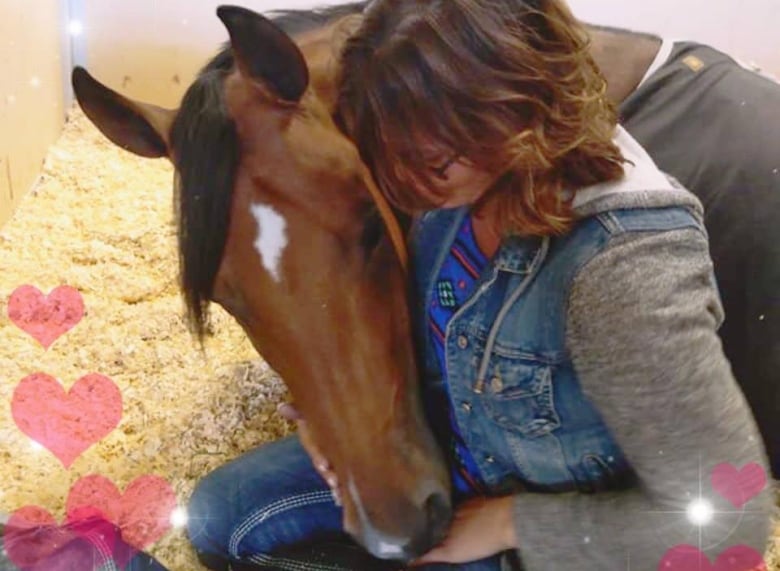 The horse community is deeply connected, and provides support to industry professionals in times of need, Duplisea said.

“I have seen horse people give with not only their wallets, but their hearts to support Deserie and her family with financial contributions, good[s] and services and extensive thoughts and prayers,” Duplisea wrote.

“Many of us waited with bated breath to hear if she would survive in the early days, and since have relished each update with her very promising progress.”

Judy said she and Deserie are grateful for the support

“It’s pretty amazing,” Judy said. “I guess none of us knew how many friends, and what Des’s kindness … meant to a lot of people.”