BELLEVILLE, Ill. – The wife of a gunman who shot and wounded a top Republican congressman and several others says her husband went to Washington, D.C. because he wanted to work on tax policy.

Sue Hodgkinson spoke to reporters Thursday outside her Illinois home. She says she didn’t know a lot about what her husband, 66-year-old James Hodgkinson, did between January and March because she was busy with her job at a tax firm. But he sold items from his businesses and told her he was going to Washington. She learned about the shootings while at work Wednesday during a telephone call from a television reporter.

“I had no idea this was going to happen and I don’t know what to say about it. I can’t wrap my head around it,” Hodgkinson said.

Hodgkinson said repeatedly that she saw no signs her husband was planning violence. She said he talked a lot about politics but, when pressed, said she didn’t want to discuss her husband’s views. He had been a vocal opponent of the Republican Party. 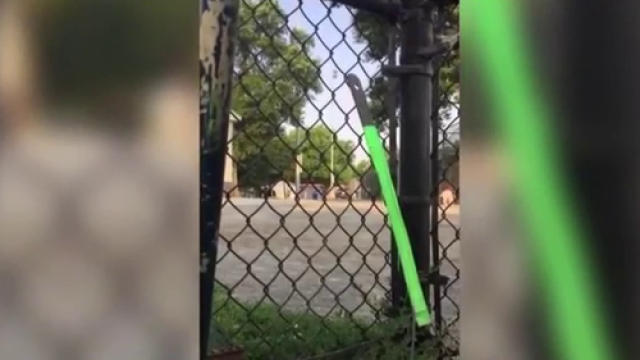 Asked about her husband’s decision to leave for an extended period of time, Hodgkinson said that her daughter and two-year-old granddaughter had recently moved home. Her husband was at home all day with them, she said, and she thought he might have wanted a break.

“I’m sorry that he did this but there’s nothing I can do about it,” she said.