WASHINGTON (AP) — The FBI chief he fired called the president a liar, but the response from many Republicans was a collective shrug. The GOP still needs Donald Trump if it has any hope of accomplishing its legislative agenda and winning elections, and it’s going to take more than James Comey‘s testimony to shake them.

Senate Majority Leader Mitch McConnell on Friday boasted of the GOP’s accomplishments under Trump thus far, and promised more to come, making no mention of Comey in a speech. A group of House conservatives discussed taxes and the budget, with no reference to Comey or the federal investigations into Russia’s election meddling and possible collusion with the Trump campaign.

Elsewhere, there were few outward signs of concern from the top Republican officials, donors and business leaders who gathered largely behind closed doors in Park City, Utah, for a conference hosted by former presidential candidate Mitt Romney.

“The people in this room, who give money to the Republican Party and who are focused on helping get Republicans elected, they do it because they believe in an agenda,” Spencer Zwick, House Speaker Paul Ryan’s fundraising chief, said in an interview. As for the Comey testimony, “there’s nothing we can do about it,” Zwick said.

It all underscored what’s become a hardening dynamic of the Trump presidency: Republicans on Capitol Hill and off are mostly sticking with the president despite the mounting scandals and seemingly endless crises that surround him.

Though some are privately concerned, and frustration is regularly voiced about the president’s undisciplined administration and the distractions he creates, Republicans have scant incentive to abandon him now. Trump’s signature remains key to the still-nascent GOP agenda, and he has the ability to appoint judges to lifetime appointments, a thrilling prospect for conservatives. 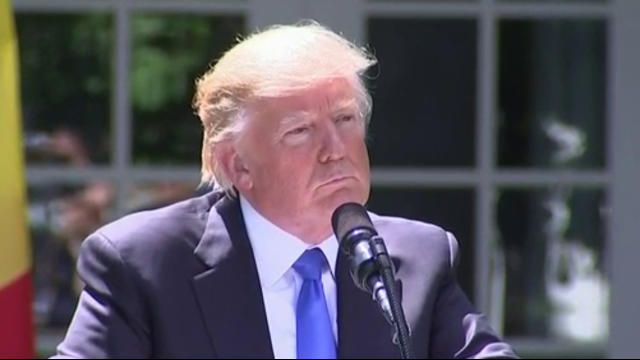 And, despite Trump’s low approval ratings nationally, his core base of supporters remains firmly behind him. Those voters will be key to the GOP’s success in next year’s midterms when Republicans will be defending a fragile majority in the House and looking to pick up seats in the Senate, thanks to a favorable map that has a large group of Democratic incumbents up for re-election in states that voted for Trump.

“I think the last 24, 48 hours were all good for the president, confirmed he was telling the truth all along, that he wasn’t under investigation,” GOP Rep. Jim Jordan of Ohio said Friday, referring to Comey’s confirmation that he had informed Trump that the president wasn’t being personally investigated.

Comey also bluntly accused the Trump White House of lying, asserted that Trump asked him to back off an investigation into former National Security Adviser Michael Flynn, and contended that Trump fired him in an effort to change the course of the Russia investigation. But Republicans chose to ignore those things and focus on the aspects of Comey’s testimony on Thursday that were favorable to Trump. Trump himself, appearing alongside the president of Romania on Friday, attacked Comey and said some of his testimony wasn’t true.

WATCH: Trump explains why he feels ‘vindicated’ by Comey testimony 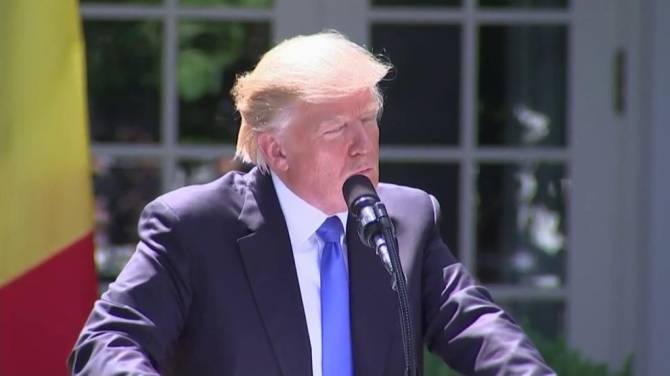 “I think he was exonerated,” GOP Rep. Mark Meadows of North Carolina, who chairs the conservative House Freedom Caucus, said Friday of Trump. “He said that he wasn’t under investigation and indeed that was verified.”

Ryan and other Republicans explained away Trump’s interactions with Comey as the understandable blunders of a Washington neophyte.

“It’s no secret to anybody that this president is not experienced in the ways of Washington, of how these investigations work,” said GOP Sen. John Cornyn of Texas, who sits on the intelligence committee. “When you have the FBI director telling you three times you’re not the subject of an investigation and you ask him, ‘would you please announce that publicly’ and he refuses, I can understand why the president would be frustrated by that.”

WATCH: Comey says he missed dinner with his wife for Trump meeting 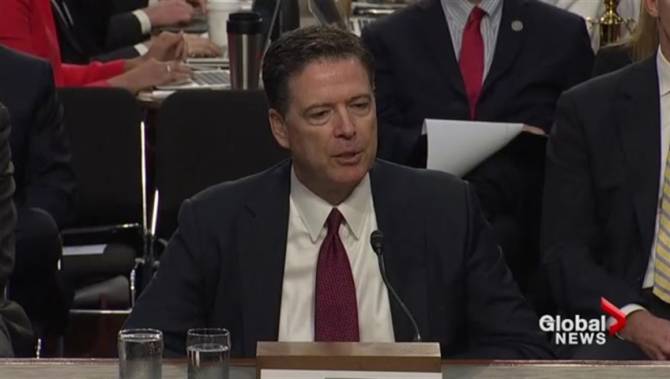 Outraged Democrats argued that Comey had laid out all the elements of an obstruction of justice case, even as Democratic leaders tried to tamp down calls for impeachment coming from some liberals, including some members of Congress. Chances that Republicans themselves would initiate or even consider impeachment proceedings were zero, and that will change only if the Justice Department special counsel on the case, Robert Mueller, delivers a verdict they cannot ignore whenever his investigation concludes.

To be sure, not all Republicans were so quick to dismiss Comey’s testimony and the Russia investigation.

The Tucson Weekly published quotes from what it said was a private talk by GOP Rep. Martha McSally of Arizona to the Arizona Bankers Association last week. McSally, who represents a closely divided district targeted by Democrats, expressed concerns that the House majority could be at risk partly because of “distractions” from Trump and his tweets.

WATCH: Comey vs. Trump: A look at different accounts of the same events 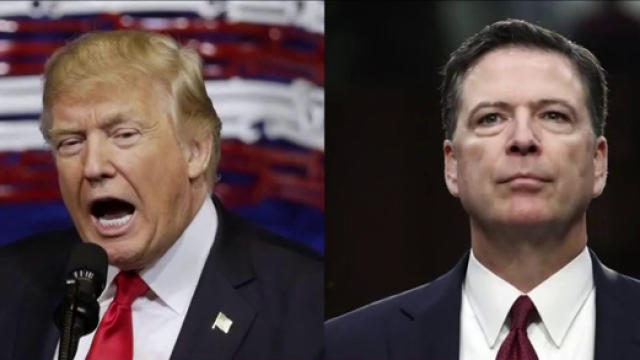 “Any Republican member of Congress, you are going down with the ship. And we’re going to hand the gavel to Pelosi in 2018,” McSally said, referring to House Minority Leader Nancy Pelosi of California. “The path to that gavel being handed over is through my seat. And right now, it doesn’t matter that it’s me, it doesn’t matter what I’ve done. I have an ‘R’ next to my name and right now, this environment would have me not prevail.”

A litmus test comes in two weeks when voters choose a new House member in a competitive Georgia district, where a GOP loss would unnerve some two dozen incumbents like McSally.

No injuries as fire destroys rural home in Aldergrove