Derek Saretzky‘s triple-murder trial will resume Monday with closing arguments—first from the prosecution, then defence.

Saretzky, 24, is charged with first-degree murder in the September 2015 deaths of Hailey and her father Terry Blanchette, 27, in the southern Alberta community of Blairmore. He is also accused of killing 69-year-old Hanne Meketech, who was found dead five days earlier in her mobile home in nearby Coleman, Alta.

Saretzky has pleaded not guilty to all charges.

Watch below: Global’s ongoing coverage of the case 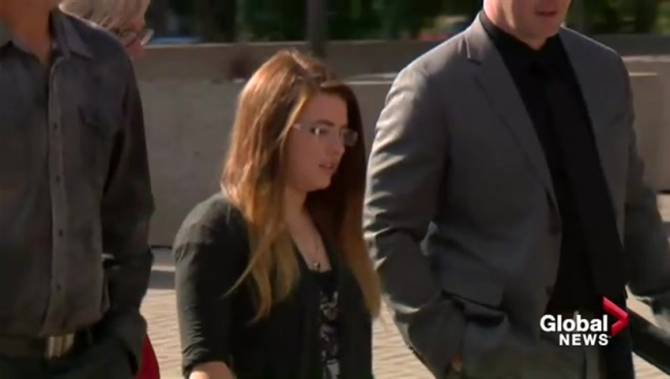 Defence lawyer Patrick Edgerton told the jury Friday he will not be presenting any evidence or calling any witnesses.

Queen’s Bench Justice William Tilleman will give his final instructions to the jury once closing arguments are done.

The jury is currently made up of seven women and seven men, but only 12 can decide the fate of the accused.

At the end of the trial, two of the 14 will be dismissed and then deliberations can begin.

Jurors have had to take sudden and frequent breaks to cope with an overwhelming amount of graphic and disturbing evidence.