The National Security Agency may have used a signature left by one of their office printers to track down Reality Winner, the U.S. woman accused of leaking top secret government information to an online news outlet.

The NSA is accusing Winner, a U.S. intelligence contractor, of leaking a top secret National Security Agency report on Russia’s interference with the U.S. elections to The Intercept in May.

According to a probable-cause affidavit from the FBI, Winner admitted to printing a copy of the intelligence report in her office and mailing it to the news outlet. The FBI says in the affidavit, the NSA saw The Intercept documents and determined they could have been printed.

“The pages of the intelligence reporting appeared to be folded and/or creased, suggesting they had been printed and hand-carried out of a secured space,” the affidavit read.

Several security experts have pointed out that Winner may have revealed herself as the leaker, thanks to a hidden printer security measure. 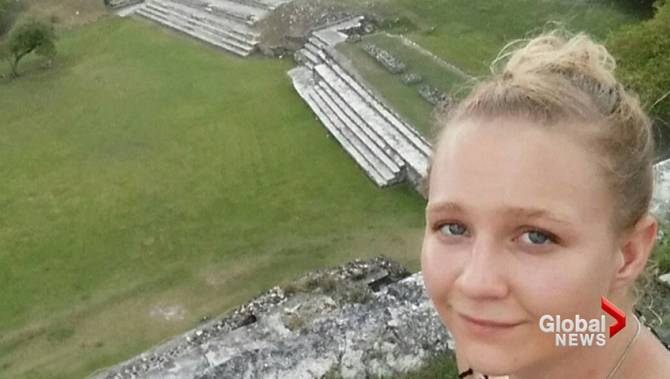 A pattern of tiny yellow dots on the leaked documents would have offered the government a way to track down the alleged leaker, security blogger Errata noted late this week.

The U.S. government requested in 2005 the new model colour printers leave a unique stamp on documents.

Errata points out the hidden dots are nearly impossible to see. But, if someone wanted to, they could take a screenshot and “invert the colours,” to make the dots visible.

According to San Francisco-based Electronic Frontier Foundation (EFF), a digital rights group, the printed code is known as DocuColor and is printed in a rectangular grid of 15 by eight yellow dots on every colour page. The printer reproduces the same grid of dots over the entire page.

Screenshot from Electronic Frontier Foundation showing a result from its DocuColor decoder.

The EFF designed a computer program to decode the series of dots. By manually entering the same pattern from a printed colour document into EFF`s decoder tool, the results will reveal a number of things including printer serial number, time and date the document was printed.

Though the FBI said “an internal audit” revealed Winner had email communication with the news outlet, it’s possible the printer Winner allegedly used may have led to her arrest.

Winner was charged on Wednesday with a single count of willful retention and transmission of national defense information, a felony offense under the Espionage and Censorship Act. The charges carry a maximum sentence of 10 years in prison.

–with a file from the Associated Press