Morneau issued the warning after fielding questions for two hours from senators on the Senate finance committee about the budget.

“We’ve been really clear that we put the infrastructure bank in our budget because we believe it is an important budgetary measure, because there’s significant financial implications from that measure,” he said outside the committee room.

“We think it’s going to have a big impact on our economy in the short, medium and long-term and that’s why we expect that to be in our budget that we pass this spring prior to leaving for summer recess.”

Morneau also appeared to suggest that the unelected Senate has no business rewriting the economic plan passed by the elected House of Commons. 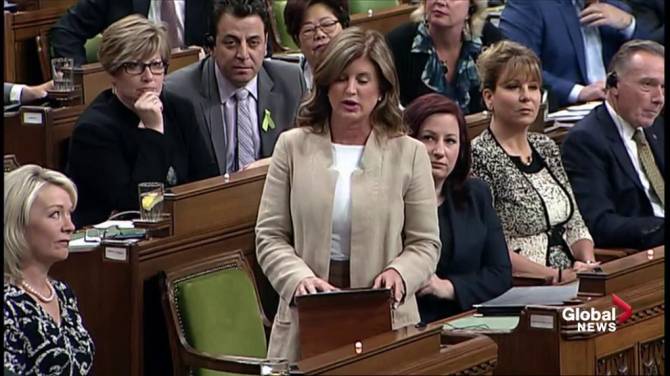 “We believe the House of Commons has the authority to pass the budget bill and we view this (infrastructure bank) as central to our budget,” he said.

Morneau’s appearance at committee came just a couple hours before the Speaker of the Senate, George Furey, ruled out of order a motion from independent Sen. Andre Pratte to carve out the infrastructure bank portion of the budget bill into a separate bill that senators can study at greater length.

Furey agreed with the government’s representative in the Senate, Peter Harder, that the motion was out of order.

However, his ruling was challenged by independent Sen. Diane Griffin. Senators were to vote on that challenge later Thursday.

Mental health wait times are up