Last week’s G20 summit in Hamburg underscored, once again, one of the major challenges that world leaders and the public, for that matter, are having trying to decipher  the musings from the Trump administration.

The problem is, there are two President Trumps.


READ MORE:
G20 summit: 6 things you may have missed

Teleprompter Trump doesn’t appear very often, but he did show up in Warsaw last week to deliver what, even his critics admitted, was a well-crafted speech on foreign affairs. 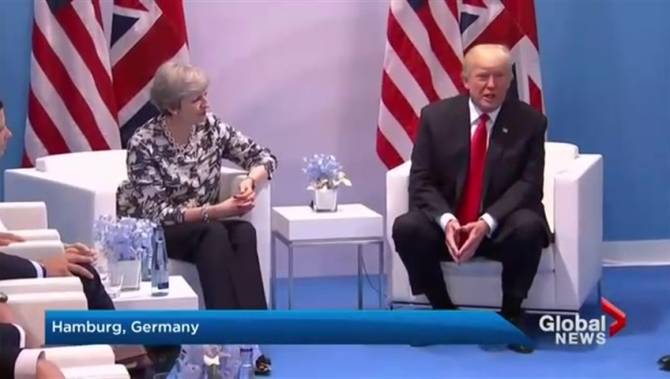 Teleprompter Trump sticks to the script written by staffers who have an infinitely greater knowledge of world affairs than Trump does, and it creates the illusion that Trump has a grasp of policy and its implications.

But that illusion is soon destroyed when Twitter Trump emerges.

Twitter Trump is unfiltered; it’s a raw and sometimes frightening display of Trump’s narcissistic view of the world, and the twitter rants often contradict the more lucid views expressed by Teleprompter Trump and, even  members of his administration.

And there’s the conundrum; which Trump is to believed on the world stage?

Based on last week’s summit, it may be a moot point.

On key issues like trade and climate change, G20 leaders have chosen to move ahead without Trump.

Bill Kelly is the host of Bill Kelly Show on AM 900 CHML and a commentator for Global News.

Determined to take a swing at spring, Edmonton driving range opens in the snow