Being evacuated during a catastrophe throws people into a situation where even the basic necessities of sleeping and eating are fraught with stress.

But a new report by a national baby feeding group says the specific needs of a vulnerable part of the population — infants — are overlooked in evacuation centres.

In a report released earlier this week, Safely Fed Canada looked at evacuation centres set up during the Fort McMurray wildfire. It concluded that the centres fell short in providing encouragement, reminders and sanitary conditions to families with infants who were being fed by breast or bottle.

“Babies need to eat. They don’t stop needing to eat in a disaster,” said Jodine Chase, the co-lead for Safely Fed Canada. “We’ve noticed that we are not doing much in Canada to support safe infant feeding.” 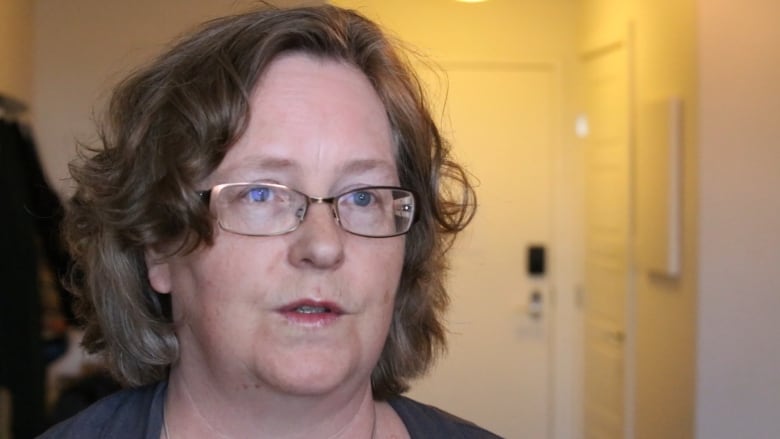 Jodine Chase is one of the co-leads for Safely Fed Canada. (David Thurton/ CBC)

For the report, the organization interviewed almost 100 parents with children under age two. Moms said they didn’t have private or stress-free places to nurse while in evacuation centres.

Loud and open spaces can create stressful situations for nursing moms, which could cause some to be unable to feed their infants, Chase said.

Some families didn’t have access to kettles or stoves to sterilize baby bottles and synthetic nipples, or to heat water to prepare infant formula from powdered mixes, Chase said. Health Canada says powdered infant formula is not sterile and needs to be mixed with heated water.

“And when we don’t do that, and we are in a crowded environment and there’s a lot of stress, you can find yourself in a situation where your baby’s health is at risk,” Chase said.

Disaster plans with baby in mind

Lucie Lapierre, a mother who participated in the study, said she had problems breastfeeding her one-year-old daughter during the evacuation.

The stress of escaping a city in flames and the uncertainty of finding a place for herself, her husband and two children created difficulties in her ability to feed he daughter.

“The feeding wasn’t going as well,” Lapierre said. “She seemed very upset. She would be pulling off and screaming.”

She remembers unsanitary conditions within evacuation centres and can’t believe some families had no other choice but to prepare infant formula in the bathroom.

“They started having an epidemic in an evacuation centre where people were vomiting and having diarrhea,” Lapierre said. “And I can only imagine being there with a newborn baby to prepare formula.” 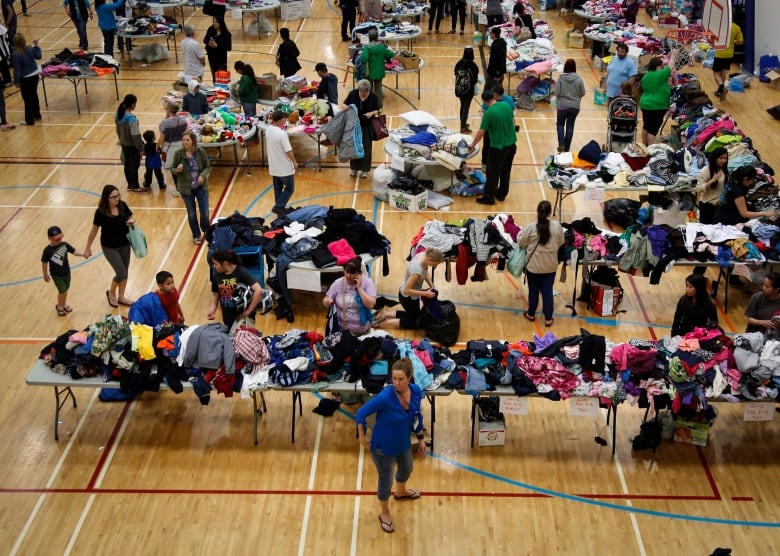 Evacuees from the Fort McMurray wildfire at the evacuation centre in Lac la Biche, Alta., in May 2016. (THE CANADIAN PRESS/Jeff McIntosh)

Safely Fed Canada recommends provincial and municipal emergency plans should integrate the needs of families with  infants. Measures could include providing adequate breastfeeding spaces, or having staff at centres to encourage mothers to keep breastfeeding and reassure them if the stressful situation causes them to temporarily stop producing breast milk.

There is no specific mandate for emergency response plans to include feeding “specific population segments such as infants,” she said.

However, she added that the Provincial Emergency Social Services Emergency Co-ordination Centre works with local authorities and Alberta Health Services to support best practices and nutrition for all Albertans.

Safely Fed Canada said it hopes to work with the province over the summer as it amends the emergency management act to reflect the needs of families with infants.

After the wildfire, the Regional Municipality of Wood Buffalo has created a baby and child unit that will be activated at reception centres during emergencies, Safely Fed Canada said.