Several of Canada’s most prominent agricultural organizations offered last-minute advice to Foreign Affairs Minister Chrystia Freeland in Edmonton Friday, ahead of the first round of NAFTA talks, set to begin in Washington August 16.

The North American Free Trade Agreement was signed in 1992 under then prime minister Brian Mulroney, and took effect in January 1994.

It established a system to freely trade goods and services between Canada, Mexico and the United States and a method to settle disagreements through a dispute resolution system.

But since NAFTA was signed, times and technology have come a long way, said Dennis Laycraft from the Canadian Cattlemen’s Association.

“We can hopefully thin the border, not thicken the border,” said Laycraft who sees the new NAFTA talks as an opportunity to modernize the system and move goods more smoothly into the United States market.

“All those things that allow products that have gone through the best inspection system in the world to move freely,” said Laycraft.

“I think everyone understands that this is a hugely important agreement for agriculture, and it’s really important we’re able to maintain those parts of it that are essential for the Canada and Mexico relationship,” he said. “And at the same time, there are chances to improve it.”

The agriculture roundtable came a day after a conference call between Freeland and provincial and territorial trade ministers.

Alberta  Minister of Economic Development and Trade Deron Bilous, said the conference call was to give an update on the process, but also make sure everyone was on the same page when it comes to disclosing potentially sensitive information. 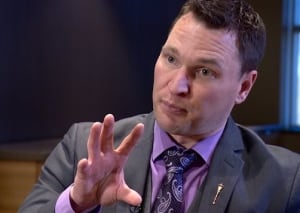 Alberta Minister of Economic Development Deron Bilous said following a meeting with his federal and provincial counterparts that NAFTA talks will be kept at the table. (CBC)

“One of the things we have decided as a province, but also federally,” said Bilous, “is that we don’t want to be negotiating through the media. We want to do that at the table.”

“We want to see trade opportunities grow,” he said.

According to Alberta Agriculture and Forestry, the U.S. is Alberta’s largest agricultural trading partner, accounting for 40 per cent — or $4 billion — of Alberta’s $10 billion in agricultural exports in 2016.

Susan Marsden, president of the Canadian Sugar Institute, says under the current NAFTA rules, the United States maintains restrictive quotas on refined sugar and products with a high sugar content.

“We have an opportunity to address some of those restrictions,” said Marsden.

The volume of refined beet sugar from Alberta moving into the United States is less than 0.1 per cent of the 10.5-million-tonne U.S. market.

“Any incremental gains in that will be highly valuable to the industry here,” said Marsden

But despite the optimism for improved access, and smoother cross-border trade, there is apprehension about potential losses for the agriculture sector.

“With the rhetoric coming out of the States, yes, it can make us nervous,” said Humphrey Banack with the Alberta Federation of Agriculture. 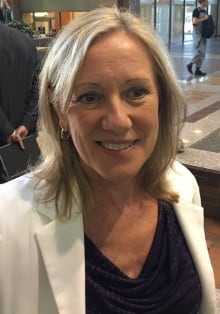 Susan Marsden of the Canadian Sugar Institute says the industry faces restrictive quotas and high tariffs in the U.S. (CBC)

“I know when we get down to the core discussions we’ve had with the U.S. agricultural departments and farm organizations, we’re both on the same page,” said Banack, pointing out that many sectors of agriculture are harmonized under one system straddling both countries.

Banack said it’s extremely important to continue that system “to have a multi-country industry instead of a single country.”

Foreign Affairs Minister Chrystia Freeland told reporters at an Edmonton news conference the federal government is listening to farmers and is “absolutely standing behind them.”

“We’re taking all of their ideas on board,” said Freeland, who praised agricultural leaders for the work they’ve done “building and strengthening the connections they have with their U.S. counterparts.”